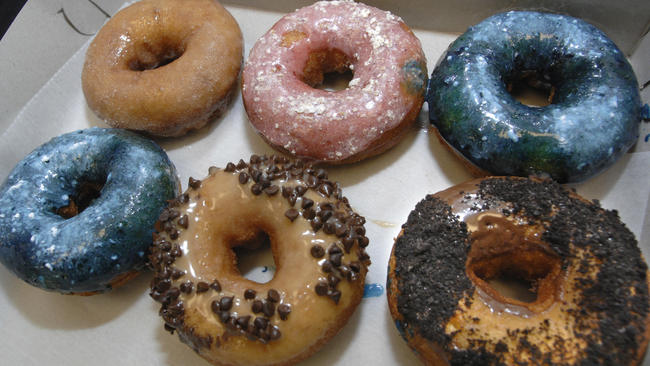 An assortment of donuts at the Fractured Prune. (JED KIRSCHBAUM)

Fractured Prune Doughnuts, the Ocean City-founded chain known for hand dipping doughnuts in a choice of glazes and toppings, is opening a Towson shop in early November as part of a national expansion announced last year.

Company CEO Dan Brinton had said last September that plans were in the works for new locations at the Inner Harbor and in Towson and Westminster. Brinton had said he hopes to open 50 new franchised stores in the next three years, including about 20 in the Baltimore area.

A shop at 3 W. Chesapeake Ave. will open in early November, the company announced Wednesday. The opening date will be posted on the shop’s Facebook page, FracturedPruneTowson.

The shop was named after Ocean City athlete Prunella Shriek, known as “Fractured Prunella” because she suffered broken bones while competing in traditional men’s sports into her 70s.